Gums Got You Down? Give Them a Lift! 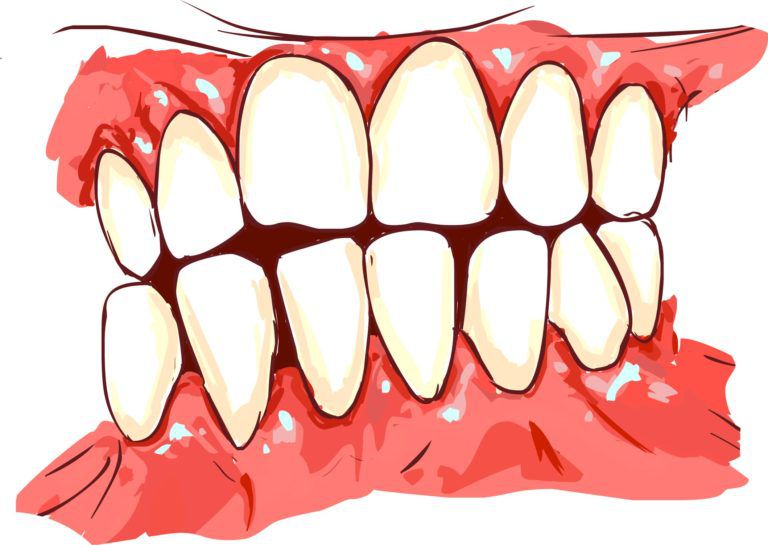 What is Gum Recession?

Too little gums, also known as gum recession, occurs when the gum tissue begins to pull back from the tooth, eventually exposing the tooth root and giving the tooth an elongated appearance. Gum recession usually happens slowly over time and may not be immediately noticeable. Nevertheless, when the gums pull back from the teeth, this can cause gaps between the gums and the teeth to form. If not treated, these gaps can harbor thousands of bacteria which can lead to tooth decay, gum disease, and even the loss of the tooth or surrounding bone.

But, why do gums recede in the first place? Gum recession can occur as a result of multiple reasons, including: genetics, periodontal disease, aggressive tooth brushing, insufficient dental care, hormonal changes, the use of tobacco products, teeth grinding or clenching, a misaligned bite, or body piercings on the lip or tongue.

One of the most common reasons for gum recession is periodontal disease. In fact, a 2010 study by the Centers for Disease Control found that one out of every two adults has some form of periodontal disease. One reason why gum disease is so prevalent among the American population could be because of the simple fact that gum disease often doesn’t display symptoms until the later stages and often goes unnoticed.

There are two forms of periodontal disease: gingivitis and periodontitis. Gingivitis is the milder of the two and is characterized by gums that are red, swollen, and bleed easily when flossing or brushing. People with gingivitis don’t often feel any pain or discomfort, so many people just assume they are brushing too hard.

If left untreated, however, cases of gingivitis can eventually escalate into periodontitis, which is a more severe form of gum disease. Peridontitis exhibits similar symptoms to gingivitis, but it also causes the gums to recede from the teeth. This is because with periodontitis, bacteria spreads below the gum line, causing an inflammatory response that triggers the breakdown of gum tissue and eventually bone tissue. If periodontitis is not treated, the teeth can become loose and either fall out or need to be extracted.

What options are available for gum recession?

If you have gum recession, the first step is to determine what the cause of this recession is. Because most cases are caused by gum disease, Legacy Dental will likely recommend scaling and root planing. Scaling and root planing is a periodontal cleaning that removes the plaque and tartar from the teeth and below the gum line. Once the bacteria has been removed, your gums will begin to heal themselves.

However, in some cases, scaling and root planing is not enough to correct the damage done by periodontal disease. In these cases, gum surgery may be required to remedy gum recession. In addition to removing the bacteria and promoting healthy gum growth, a cosmetic gum graft may be performed to restore gum tissue and create an aesthetically-pleasing gum line.

A soft tissue gum graft works by harvesting a small amount of tissue from inside the roof of your mouth. The tissue collected is made up of subepithelial, or connective, tissue. This tissue sample is then placed in areas where the gums have receded and used to cover any exposed tooth roots.

What is a gummy smile?

A gummy smile is the name used to describe a smile with too much gum tissue. Gummy smiles can also be known as gingival hyperplasia, gingival overgrowth, gum enlargement, hypertrophy, or hypertrophic gingivitis. With a gummy smile, the gum tissue is considered to be excessive because it makes the teeth look short or because the gums are the first thing one notices when they smile.

Gummy smiles are generally caused by the abnormal eruption of teeth, a hyperactive upper lip muscle, or the way your upper jaw developed. However, they can also be the result of poor oral care, bacterial infections, or a side effect from certain medications such as antiseizure drugs, immunosuppressants, or some high blood pressure and heart condition drugs. In some cases, gummy smiles can even be caused by certain medical conditions including HIV, diabetes, anemia, Crohn’s disease, lymphoma, vitamin deficiencies, and pregnancy.

Another rare condition that causes gummy smiles is hereditary gingival fibromatosis (HGF). HGF usually begins during childhood and causes the gums to produce excess collagen, which causes them to overgrow. In extreme cases of HGF, the gum tissue can even grow so much that it covers the teeth entirely.

What options are available for a gummy smile?

What if I have too little and too much gum tissue?

In some cases, your gum line may simply be ‘uneven’, meaning that certain areas have too much gum tissue, while others have too little gum tissue. In cases where the gum line is uneven, gum contouring surgery can be performed to even out the gum line and correct discrepancies in the gum tissue.

Depending on your individual case, you may simply need to have parts of your gum tissue reshaped by removing excess gum tissue. Nowadays, this can be done with either a scalpel or a dental laser. In cases where the gum recession is severe, however, a gum graft may also need to be performed to obtain the desired results.

If your gums have got you down, don’t wait any longer! With cosmetic gum surgeries such as gum grafts, crown lengthenings, gingivectomies, and gum contouring surgery, you can easily repair damaged gum tissue and have a beautifully even smile! From routine dental cleanings to the most complex restorative dental care, Legacy Dental offers exceptional and compassionate dental care. Schedule a consultation today with one of Kansas City’s top dental offices!